[NB: This is an abridged version of a paper I recently gave, as I'm unduly fascinated by both my region and Spiritualism. The full version is available on my Academia page]

The rise of Spiritualism in Britain’s industrial areas likely links back to the proliferation of Nonconformity and Dissenters in these regions—that is, minority Christian sects such as Methodists, Quakers, Presbyterians, Baptists and Catholics.

It was a group of towns comprising the coal towns of Sunderland, Tynemouth and South Shields, the coal and iron town of Wolverhampton, and the iron town of Dudley, the woollen towns of Bradford and Leeds, and the cotton towns of Ashton and Rochdale, which best supported the view that Nonconformity took Christianity into the great industrial towns of the nineteenth century. (Gay, 1971: 108)

Nonconformity appealed to those who were disenfranchised from the elite of society, much in the same way that Spiritualism later would.

But the North East has a long history of being unconventional in its religious practices— though, unlike the nonconformists, the ascetic practitioners of earlier centuries were not persecuted. Hild, or Hilda, now St Hilda, the founder abbess at Hartlepool and Whitby was said to have been able to perform miraculous acts. The Venerable Bede notes the accounts of supernatural events at her abbey, such as strange lights in the sky. 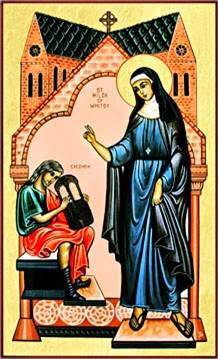 Unexplained activity, possibly miracles, were not uncommon occurrences in the Christian tradition. In fact, many nineteenth century Spiritualists would point to Biblical tradition as proof positive that their phenomena were, if nothing else, plausible. Thomas Pallister (TP) Barkas, the Spiritualist apologist and Newcastle native, writes in 1862:

In the Old and New Testament records we have frequent reference to, and illustrations of, spiritual appearances and teachings. To all, therefore, who believe the scriptures, the possibility of spiritual manifestations, and of direct and indirect spirit teaching, is indisputable. I may refer to Adam, Abraham, Belshazzar, Hagar, Isaac, Lot, Moses, Saul, Mary, Christ, Peter, and John; angel at sepulchre, apostle liberated from prison, &c, &c. Indeed from the first chapter in Genesis to the last in Revelations, the Bible is almost one continuous record of spiritual manifestations.

The North East's chequered relationship with traditional worship was, arguably, one of the factors which led to Spiritualism's ready acceptance in the 19th century.

Annie Mellon and CE Wood were the official mediums for the Newcastle Spiritual Evidence Society.

Annie Fairlamb was born in Newcastle in 1850. She had her first spirit encounter at the age of nine, when she foresaw her older brother’s death at sea.

Miss Wood, whose first name is believed to be Catherine, was born in 1854, also in Newcastle. Little is known about her early life, except that she and her family lived in extreme poverty. In 1873 Mellon and Wood were appointed the as the house mediums at the Spiritual Evidence Society.

In addition to the weekly séances they performed in Newcastle, they travelled across England performing at Spiritualist societies. Mellon frequently brought forth the spirit of a child, called Cissie, who was alleged to be fond of climbing on the laps of female sitters. Wood’s best known spirit guide was a Native American called Pocahontas or Pocha.

Madame d’Esperance (née Elizabeth Hope) was born in London in 1855. She married a Mr Reed when she was nineteen, and settled in his native Newcastle. 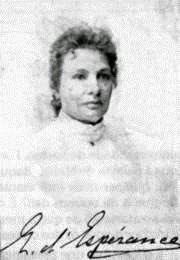 Like Mellon and Wood, her psychic ability had emerged during childhood. She writes in her memoir Shadowland:

I can recall no time when [the spirits] were not familiar and natural; so the only curious thing to me seemed the fact that other people should not have the same experiences. As a child I could not understand this fact: indeed the refusal of my companions to accept my version of what was going on around us sometimes irritated me beyond measure, and my frequent exhibitions of temper at their incredulity, gained for me the reputation of being ‘a little vixen’ as well as ‘decidedly queer’.

All three women were, by the mid-1880s, found to be fraudulent. Though they all insisted in the veracity of the phenomena they produced, none of their careers lasted into the twentieth century, with the exception of Mellon. She emigrated to Australia and had a moderately successful career as a medium there, far from the accusations of the British press.

Thomas Pallister (TP) Barkas was a respected businessman, Town Councillor and later an Alderman in Newcastle. He served on the committee of the Lit and Phil, and was an early adopter of Isaac Pitman’s shorthand reporting method. Barkas was a keen amateur scientist, and was responsible for recovering a number of the fossils still on display at the Hancock. He was passionate about extolling the virtues of Spiritualism, publishing several books and delivering hundreds of lectures on the subject. Barkas was a believer in investigation: whether one was a devotee or detractor of Spiritualism, an impartial and fair investigation into its claims should be undertaken before making judgement. He writes in 1880:

Personally I do not care one pin’s fee for the opinions of those who have not thoroughly investigated the phenomena. They are like the opinions of the flat earthists, practically valueless, and entirely contrary to easily ascertained facts.

Madame d’Esperance describes Barkas as ‘well read in the various sciences, a lover of art, an intelligent and careful observer, taking great and benevolent interest in the education and culture of the working man.’

William Thomas (WT) Stead was a Darlington native, and a pioneering journalist and editor at Northern Echo and later the Pall Mall Gazette. He was also a dedicated believer in spirits and portents, and even wrote several books on the spirit phenomena that were, for him anyway, unique to the region. 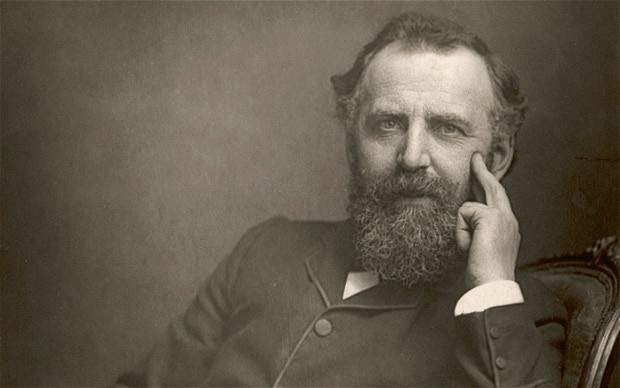 Stead recounts a conversation with then Newcastle MP Thomas Burt, who explains that he had a vision of William Crawford, a fellow MP the Durham miner’s agent. Burt knew that Crawford had been ill, but was apparently on the road to recovery. Burt dreamt one night that he visited Crawford.

I dreamed that I was standing by the bedside of my old friend. I passed my hand over his brow, and he spoke to me with great tenderness, with much greater tenderness than he had ever spoken before. He said he was going to die, and that he was comforted by the long and close friendship that had existed between us. I was much touched by the feeling with which he spoke, and felt awed as if I were in the presence of death… [A few hours later] I received a telegram stating that he was dead. This is more remarkable because I fully expected he was going to get better, and at the moment of my dream he seems to have died. I cannot give any explanation of how it came about. It is a mystery to me, and likely to remain so.

There is no evidence to suggest Burt was acquainted with Spiritualism in any way, but he does seem to support Stead’s claims that there is something innately spiritualist in the people of the North East.

Stead says that whilst he himself would not claim to be blessed with the skill of clairvoyance, he has had experience with what we may call vision or prophecy. ‘I have had three or four very striking and vivid premonitions in my life which have been fulfilled to the letter. I have others which await fulfilment.’ Stead would go on to perish aboard the Titanic in 1912.

The North East came in for singular praise by prominent Spiritualists of the day. JJ Morse, the famous trance medium nicknamed the ‘Bishop of Spiritualism’, praised the region for the fine works of its Spiritualist citizens. He writes in the July 1878 edition of Spiritual Notes:

The summer season having now fully arrived, public work is to a degree suspended. In the matter of regular meetings, Newcastle-on-Tyne must rank first, so far as success is concerned. The best speakers are continually presented, while home talent of great use is in frequent request. The regular Sunday meetings are well attended, and as a rule the hall is filled. 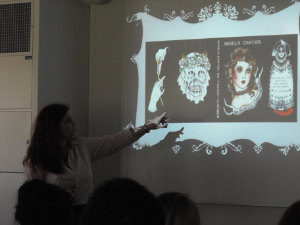 I'm Dr Jamie Spears, and this is The World of the Gothic. Here I write about literature, film, TV, comics, culture, religion-- anything (or anyone) appealing to the Gothic Imagination.
There are also a handful of 'PhD advice' posts, in the hopes that I can pass on what I've learnt about navigating a doctoral programme.
My other research interests include the New Woman and suffrage, popular culture (early 19th c. to present), and the long 19th century.
My academic work has appeared in Peer English, Evil, Woman, and the Feminine Volume 7 and The Routledge Encyclopaedia of Modernism.
My creative work has appeared in The Criterion.